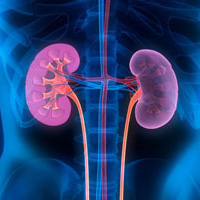 Bogaert AM studied Medicine at the University of Ghent and graduated in July 1982. She specialised as Internist-Nephrologist in September 1987. Since then she has been working at the Department of Nephrology/Dialysis at the private hospital AZ Glorieux Ronse and became Head of the Department in September 2011. She works in an association with 5 Nephrologists, treating more than 200 patients in chronic haemodialysis. Since May 2008, her service is recognised for the training of Internal Medicine Assistants from the University of Ghent and since March 2014 she also started training future specialists in Nephrology. She is an active member of several scientific associations and member of the board of the accreditation committee of Internal Medicine and Nephrology since September 2015. She is a founding board member of the HIV fundraising platform at the University of Ghent. She is author or co-author of more than 50 publications and collaborates in National and International clinical scientific studies, as DOPPS since 2002.