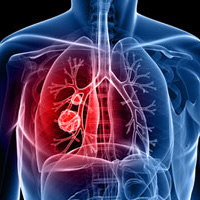 Carl Hicks has served the pulmonary hypertension community in a wide variety of roles since his daughter was diagnosed with what was then called “primary pulmonary hypertension” in 1994. Initially serving as a caregiver for Meaghan, he began to serve the greater community as a patient advocate and was invited to join the PHA Board of Trustees. There he served on every committee, and became more deeply involved in advocacy and fundraising at the national level. Representing PHA he has spoken extensively worldwide increasing awareness. While serving as the PHA Chairman of the Board his daughter Meaghan lost her battle and became a PH Angel. Undaunted, Carl continued to serve, raising funds and awareness for the fight as he stepped off the board to join PHA as the executive vice-president. Following four years at PHA he was asked to join industry where he serves as vice-president for patient advocacy and community support at SteadyMed Pharmaceuticals. Recently he was honored as the first and only honorary lifetime member of the PHA board of directors. Currently he serves on the board of Team Phenomenal Hope and serves as a PHA Support Group Co-leader near his home in Gig Harbor Washington. Carl has dedicated his life to the fight against pulmonary hypertension.