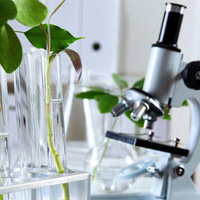 Mr. Virgilio C. Linis received his M.S. degree in Biology from De La Salle University. He also received a Master degree in Climate Change from the Australian National University and was a recipient of the Australian Leadership Awards. He was also awarded the Australian Awards to undertake a Ph.D. degree in Botany at the University of New England, Australia. Mr. Linis’ current research interests lie in the area of botanical systematics using molecular phylogenetics and classical taxonomy as tools to understand relationships of the problematic moss group, Ectropothecium Mitt, within the order Hypnales. This challenge forms the foundation of his Ph.D. dissertation work which he is now completing in collaboration with his supervisors from the University of New England, Australia and the University of California-Berkeley, U.S.A.. In the past months, he started focusing on collaborative works with researchers in other disciplines such as chemistry particularly in the investigations of chemical constituents of plants. Mr. Linis joined the Department of Environment and Natural Resources under the Conservation of Priority Protected Area Projects where he was an Ecosystem Management Specialist for five years. He also joined the National Museum of the Philippines as a researcher where he has contributed a number of published articles including the discovery of a new species of moss in 2007, Stereophyllum linisii Enroth & B. C. Tan, which was named after him.